From the screenshot, I could see Test List Editor is deprecated. This is expected because it has been deprecated since Visual Studio 2012.

Can I run Selected Tests in one of my Test Lists? The answer is yes.

Here are the simple steps:

This feature can only build the solution file because I see “Build succeeds”.

It will automatically run 7 tests at a time. This is really what I want.

I am very happy to say that this feature is finally back and it fixes the bad design issue I mention above.

IE10 is not required for Visual Studio 2013 RTM

IE10 is not required for Visual Studio 2013 RTM

Today I downloaded it and when doing the install, I felt surprised to see the following screenshot. 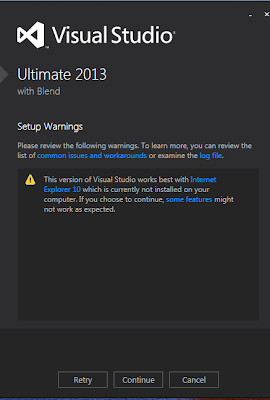 It means I can still install Visual Studio 2013 RTM without IE10. But some features might not work as expected. This time Visual Studio Team is listening to people’s voice.  I really appreciate their smart decision.

Just followed the instruction and the install was finished. 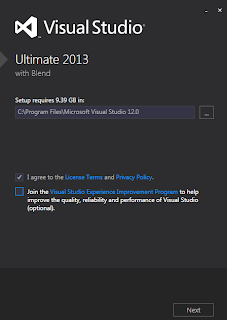 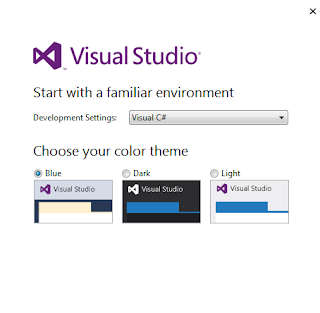 In this Sprint, we have the important feature: Users uploads the Excel Spreadsheet in our Silverlight Application, 283 values will be saved in the new table in SQL Server 2008 R2 and the values will show up immediately in the Silverlight UI page.

Validating 283 values is really time-consuming. One basic test scenario is that I put the incremental values (1-283) in each cell first and then validate the values are showing up correctly in DB after the upload of spreadsheet.

Each field in the UI has the long business name so I use column aliases in the SQL script.

In order to validate the values correctly, I use Copy with Headers and paste the data to Excel spreadsheet. Here are the steps:

One interesting issue happens after trying to compare the values.  Many header cells after the transpose are blank in Excel Spreadsheet.

I know I can use “Shift cells up” to remove the blank cells, but this is not the best solution because I need to remove them manually every time after doing copy/paste/transpose. 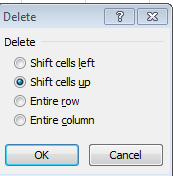 After looking into this interesting issue for a while, I finally find “column Aliases” are too long and Copy with Headers function can’t handle it well in Excel Spreadsheet, which causes the blank cells.

After simplifying column aliases and try the steps above, the blank cells are going away.
Posted by Ray at 2:45 PM No comments: